Learn To love the Word No!

Why Should You Love The Word “No”?

I believe I am a highly motivated and success orientated person and strive to achieve my goals and making new, ground breaking results in my life. However, I secretly ( I am OK to admit this now) hate to fail or give up.

Now, there's a key step that I must introduce to you so I may clarify some further points down the line..

(I think you get the message)

Let's look at the definition of the phrase: ‘give up'
1. Stop Maintaining or stop insisting; abandon
2. admit defeat, drop out; throw in the towel; quit
3. Agree to forgo;
4. stop consuming
5. relinquish possession or control over; surrender

what I would like to draw your attention to, above, is that to fail is not failure!
when and if you fail it is NOT the same as giving up!

yet, I used to think they were one and the same.

After much study on this subject, I now realize that successful people, those who are doing something or living a life that you personally dream of experiencing yourself… they fail often, but they are NOT failures, they are SUCCESSFUL because they refuse to quit an refuse to give up.

Successful people are HAPPY to fail but they never quit.

So, whenever you hear or receive the word NO in your journey of life, be prepared to embrace it, not get disappointed by it!

Infact, this quote sums it up very well…

When you study out the lives of those who are generally considered excellent in their field such as:

I would encourage you to make time and study their stories
(put the rocky 5 clip in about winning) and see the trend for yourself about success, attitude, focus, determination, guts, endurance and hard work.

Acknowledge that you will fail at times, but that to fail is not failure.

If you are reading this and you are a parent, have you noticed how children learn and grow.

My favorite book says it like this:
” A just man falls seven times but he gets up again”

So, in closing, I want to encourage you to embrace ‘No'.

be willing to fail in order to succeed!

remember what i said before… the will to succeed should be greater than the fear of failure.

eliminate the fear of failure by:

Feel free to leave your thoughts about this post. DO you agree? Disagree? is it a new paradigm shift for you? Leave a comment below… 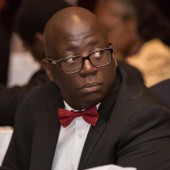 What Are Private Label Rights or PLR?

The Importance of Having A Vision

Keys To Success in Life – Pt 2